For a Difference of Opinion – Yet Spiritual Change is Upon Us

by TGE News
in Spirituality
0

For a difference of opinion, many tragedies have been committed in history, and when society looks back, it clearly sees the injustices done and justifies it by saying it would not be repeated again, for we as a people have become more enlightened. I, on the other hand, am not so sure. How will future generations view our age when those who hold the covers of deception are gone off the scene, exposing their legacy of deception?

Will it be seen as the age when politicians spoke of Green Renewable Energy but their policies were the exact opposite? Will their epitaph be written as, “Here lies the one responsible for our polluted waterways, with extinct sea life as their gift to society for ‘safe’ oil pipelines and offshore drilling”? Will acid rain join the damages done by greed?

Lost ozone protection brings increased skin cancer risk by increased radiation exposure, while a deluge of toxic chemicals are dumped into our agriculture without accountability. Will these be some of the reasons why diseases of all sorts went pandemic? Especially on our watch–our food is harvested void of vitamin nutrients with GMO-dominated agriculture policies.

And our healthcare system–will it be seen as the smoke screen for pharmaceutical dominance? How long will the blind eye approach be given to the pharmaceutical industry while they take under their wings the quasi-natural health industry as it becomes one of their extensions with the introduction of licensed natural health (NHP) products? Time will tell as the freedom of choice for traditional remedies hangs in the balance. Will they survive or be seen as the villains of health?

Let us examine the past in order to see if any similarities exist today. For a difference of opinion, both life and death consequences were the reward for breaking ranks with the law of the day. Joan of Arc was burned at the stake and 25 years later declared as a martyr then canonized as a saint by the very same group; were they enlightened or exposed? Oh, that was then; today we have much more social and religious tolerance, and one group would not again have the same liberties over the other. We don’t have to look very far and we see that this is not the case. In our generation and under our watch, we have seen the Shiites and Sunnis, the Catholics and Protestants, Hutu and Tutsi and the Jewish state and the Palestinians. The comedian George Carlin said it best, “Because they wore different hats.” What should be accepted as religious tolerance soon became twisted, and crimes were justified in the name of “god” by keeping order with the dictates of the religious sect leaders.

With our protective vision, those of us in the West looked to those in the East and compared our liberties with theirs. Socialist or capitalist all depends how the policies are perceived, but trust me, each have their injustices. Nelson Mandela comes to mind. Now he is respectfully referred to as the father of the new South Africa, yet for his stand, it meant 27 years in prison – for the equality of his people. Aung San Suu Kyi is often respectfully referred to as Daw Suu or aunt; she spent 15 of the 21 years under house arrest. These injustices again were on our watch. Both have become icons of freedom and were bestowed the honour of the Nobel Peace prize. I tend to wonder if their countries were rich with diamonds, gold, or oil, whether they would not be quickly liberated from their captivities if they were not in on the take, and of course, in an effort to undo the injustices of humanity.

What if we could go back in time with our current knowledge? Would we seek to change the injustices or live with the knowledge that they were done for our learning?

There is a difference of opinion being played out today and one of which you may never have heard, and that is the freedom of choice in health care. You may be quick to discard this comparison, for how can this difference of opinion be in the same category as the above atrocities? And, you would be absolutely correct that there is no comparison â€“ not yet at leastâ€¦ On the surface, the health care of Canada is the envy of the world. How could Canada have any problems? Don’t they have socialized medicine? Again, it all depends on opinion–pharmaceutical or natural. If your persuasion is to be treated by natural medicine over allopathic medicine, your freedom of choice currently could be in jeopardy and eventually removed. 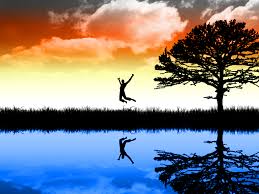 Even if the products are necessary for maintaining your health and been safely used for thousands of years, they may be in the process of being removed from store shelves! Today, traditional remedies and plant-based nutrients are being placed under the microscope, despite their history of safety. In an effort for compliance, they are deemed unsafe until classified as safe–guilty before proven innocent. If the herb or nutrient passes the test, it is then placed into a quasi-drug category, better known as natural health product, with a natural health product number or NPN. But what if the product fails? Then, it is quickly classified as being unsafe and is removed from the market, even if it means jeopardizing the health of those who depend on it for their health and wellbeing.

You may be asking, “What’s behind this change?” As with the above, follow the money and the power. Who would be the benefactor of this sort of legislation when natural health products have drug referenced label warnings? The possible risks associated are with the assumption of the person also taking allopathic drugs, for the side effects from natural medicine with therapeutic value are minimal at best.

The mechanism for spreading the acceptance of this propaganda has been well thought out, and society buys into the illusion hook, line and sinker. We as a society have become so jaded by seeing violence and injustices that it takes an awful lot to open our eyes, for a little bit of deception at a time has a way of callusing our perception to see their abstract as our reality. In simpler terms, it is known as systematic brain washing.

Our world functions by energy, and I am not referring to electric, oil and gas. Everything on earth has a certain vibrational frequency, from rocks to minerals such as quartz crystals. Even grass and trees, as well as animals and humans, work on vibrations and frequencies; this is reason why homeopathic medicine is so very powerful: it positively utilizes these vibrational energies for healing. According to NASA, the sun is currently moving towards another solar maximum, likely in 2013. The evidence suggests that increased solar activity activates suppressed jealousy, anger, and fear in people’s minds, whether conscious or unconscious. If people have not been working on healing these issues, the issues become stronger during times of abnormal solar activity. This being said, people become the receivers and the vibrational imbalance they create is being playing out though violence and fear. Our DNA is designed to receive frequencies, and as a result, our biology could be negatively altered as it responds.

In society, there are two types of change happening at the subconscious/spiritual level: one is fueled by fear, greed, control and manipulation, which stems from the educational system, social media, the news and advertising. The second is spiritual awareness for transformation. As the crust is being removed from our spiritual vision, a global ascension is being received by those open to receive enlightenment. The powers that grip global societies see this change, but don’t understand its power, and they cannot stop this transformation of love and awareness, for it is coming from the spiritual realm and not the physical.

As confusion, fear, war, hunger and disease proliferate, the opposite is also being created by those of like-mindedness and with spiritual awareness. Physical change becomes manifested, and the old ways will begin falling away, making way to a new reality and a new order. No longer will our species be victims controlled by fear and greed. Governments will crumble if they continue clinging to the old methods, as a higher reality is being set in place, regardless of their cooperation. 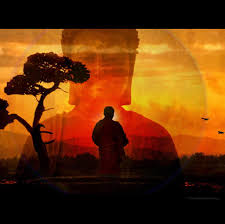 We must act upon supressed feelings and raise awareness for the change to happen. We must let go of any implanted thoughts not our own, and instead be led by inspiration and the spiritual awakening directed through love.

Very soon this movement will become contagious and spread globally by the winds of change, while the injustices once done in the dark will demand accountability. Positive change is coming by those in tuned.

All change must start from within, and one by one, the challenges will give way to resolutions, the frequencies will bring about change both positive and negative, and as a result, the separation through positive-directed dynamics will set the motion in order for a rebirthing mother earth that extends to our entire solar system. For a difference of opinion, spiritual, heart-directed change is coming as the positive receptors and frequencies begin healing society and the earth.

“Your body is so precious. It is your vehicle for awakening. Treat it with great care.”
-Gautama Buddha

“There is no such thing as part freedom.”
-Nelson Mandela

“History will have to record that the greatest tragedy of this period of social transition was not the strident clamor of the bad people, but the appalling silence of the good people.”
-Martin Luther King, Jr.

Mankind has Created a Temperature 250,000 times Hotter than the Core of the Sun.

The Global Revolution in Consciousness

Beware: Shoes can be Hazardous to your Health