U.S. Presidents and Leaders are Agents of the Roman Catholic Knights of Malta

Since I entered politics, I have chiefly had men’s views confided to me privately. Some of the biggest men in the United States, in the field of commerce and manufacture, are afraid of something.

They know that there is a power somewhere so organized, so subtle, so watchful, so interlocked, so complete, so pervasive, that they had better not speak above their breath when they speak in condemnation of it.”

Please read all of the U.S. Presidents, Secretary of States, Military Brass, Mayors of major cities, etc. who have taken the pledge to server the Vatican first and foremost and members of the Knights of Malta, the militarized branch of the Vatican.

The corporate press refuses to out these treasonous traitors yet is critical knowledge to understand who really runs, and owns the power, in this country called USA INC. (a private corporation.)

The Original 13th Article of Amendment

“If any citizen of the United States shall accept, claim, receive, or retain any title of nobility or honour, or shall without the consent of Congress, accept and retain any present, pension, office, or emolument of any kind whatever, from any emperor, king, prince, or foreign power, such person shall cease to be a citizen of the United States, and shall be incapable of holding any office of trust or profit under them, or either of them.”

Newsday February 20, 2002 LAST WEDNESDAY, as protocol dictates, “bowing from the head, not the waist” to Queen Elizabeth, “Sir” Rudy Giuliani joined Billy Graham, Steven Spielberg, IBM’s Lou Gerstner, Ronald Reagan, Norman Schwarzkopf and other knightly relics of the British attempt to persuade Washington that the “special” relationship between the two countries means something more than Tony Blair’s doing what he’s told – sometimes even before he’s asked.

According to the Constitution, the members of the Order of Malta are divided into three Classes. The members are to conduct their lives in an exemplary manner in conformity with the teachings and precepts of the Catholic Church and to devote themselves to the humanitarian assistance activities of the Order.

Just look at the recent US Presidents:

“For we are opposed, around the world, by a monolithic and ruthless conspiracy that relies primarily on covert means for expanding its sphere of influence; in infiltration instead of invasion; on subversion instead of elections, on intimidation instead of free choice; on guerillas by night instead of armies by day. It is a system which has conscripted vast human and material resources into the building of a tightly knit, highly efficient machine that combines military, diplomatic, intelligence, economic, scientific, and political operations. Its preparations are concealed not published. Its mistakes are buried, not headlined, its dissenters are silenced, not praised; no expenditure is questioned, no rumor is printed, no secret is revealed.” – John F. Kennedy, April 27, 1961

Related: ALL U.S. Presidents (except one) related to one British King

Members of the First Class are Knights of Justice, or Professed Knights, and the Professed Conventual Chaplains, who have made vows of “poverty, chastity and obedience aspiring to perfection according to the Gospel”. They are religious for all purposes of Canon Law but are not obliged to live in community.

Vows of a Knight or Dame

Upon the True Faith of a Christian, may God witness that I hereby vow and dedicate myself as a servant of Christ and the Poor, the first qualification of a True Knight.

I promise to be faithful and loyal to Christ and to be guided by the ideals of the Sovereign Order of St John of Jerusalem: to do everything in my power to contribute to it’s Glory, Protection, Prosperity, Support and Utility: to combat everything prejudicial to it’s well-being: never to act contrary to it’s Dignity, but to conduct myself always as a true Knight of Christ: a good Christian and a person of Honour.

Believing that Christ will grant me a special token of his favour, I therefore, in all Humility, Charity, and Respect agree to join with every sincere and Godly Christian of whatever Church, to bring about by prayer and deed the salvation of the Christian World by helping to promote a lasting Christian Unity.

I will adorn my Knighthood with true Charity, the mother and solid foundation of all virtues.

I will wear on my person the Christian Maltese Cross of eight points, to constantly remind me of my religious vow of always bearing in my heart the Cross of Jesus Christ, adorned with the virtues that attend it.

So help me God.

The members of the Second Class, by virtue of the Promise of Obedience, are committed to living according to Christian principles and the inspiring principles of the Order. They are subdivided into three categories:

The Third Class consists of lay members who do not profess religious vows or the Promise, but who live according to the principles of the Church and the Order. They are divided into six categories:

“The conspiracy to create a centralized global fascist state is orchestrated in the five-sense ‘world’ by a secret network known collectively as the Illuminati or ‘Illuminated ones’. They manipulate through secret societies and groupings like the Freemasons, Knights of Malta, Knights Templar and the Jesuits.

These and others feed carefully chosen recruits into the Illuminati and they are installed in positions of power throughout the world, infesting all colors, races, creeds and countries. It is not that everyone in the secret societies is aware of the plot; the overwhelming majority are not. The Illuminati operate like a cancer to infiltrate and covertly control other organizations. Most Freemasons never progress higher than the bottom three levels of degree, the so-called Blue Degrees and they don’t realize what their organization is being used for.” – David Icke, “Tales From Time Loop”

This is seeing Vatican puppets like the Knights of Malta in nearly all the most important positions..

In this following list I do name nearly 40! contemporary people mostly of the US SMOM branch that are not only connected by their offices in Government and Industry, but connected through the same subordination to the Vatican! 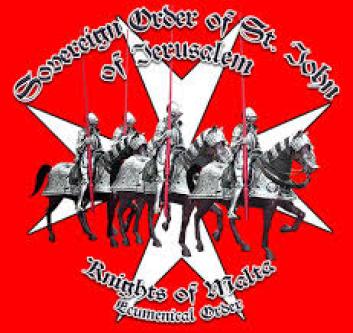 Jesuits, Opus Die, Knights of Columbus, Knights of the Holy Selpulchure etc are not even included. The Knights of Malta? They are knighted by the Pope – so are all loyal to the Pope – that’s first.

SMOM Knights of Malta
Being a Knight of Malta is special. SMOM means “Sovereign Military Order of Malta”.

Cardinal Edward Egan (handler of U.S. Presidents)
Military Vicar: The American Branch of the Knights of Malta, The Knights of Columbus
The Masonic Supreme Council of the 33rd Degree
Archbishop of New York
Cardinal of the Roman Catholic Church in the US

Geoffrey T. Boisi
SMOM Knight of Malta
Goldman Sachs for 22 years, a senior general partner
Goldman Sachs, which was worth $43.3 billion in 2005, received a $25 million grant for promising to stay in New York. Goldman Sachs also recieved a $1.65 billion government-backed “Liberty Bond,” funded by the $20 billion in 9/11 relief that Hillary secured for New York. Goldman Sachs used the $9 million to build its luxurious new headquarters, located on prime real estate across from Ground Zero.
http://www.humanevents.com/article.php?id=17495

Raymond Flynn
SMOM Knight of Malta
Knight of the Supreme Order of Christ
Knight of St. Pius IX
Knight Commander of Saint Gregory the Great with Star
Knight of St. Sylvester
Knight of the Holy Sepulchre
Opus Dei
Ambassador to the Vatican
Mayor of Boston
Flynn is very close to Ratzinger
President of Catholic Alliance, a national lay Catholic political advocacy organization
Started and National Chairman of Catholic Citizenship
Endorsed Bush in 2000 through Catholic Alliance
In short, he is the most Papally-decorated American since the late Grand Master of the Knights of Columbus

Burton Gerber
SMOM Knight of Malta
CIA, Officer
CIA, Station Chief in Moscow during the Cold War
CIA, European and the Soviet & East European divisions, Director
CFR
He was trained in various psychological and intellectual methods in order to perform his recruiting tasks. Gerber stated that the goal of this line of work is to “get things that can’t be gotten through any other means.”
http://www.assumption.edu/news/newshp/current_news/gerber.html

Fed Chief Greenspan to Be Knighted
Tuesday, August 6, 2002; 4:48 PM
WASHINGTON –– He won’t get to call himself “Sir Alan” but Federal Reserve Chairman Alan Greenspan – often known as the second most powerful man in the United States – will get another title: knight.

Queen Elizabeth II has approved an honorary knighthood for Greenspan’s “outstanding contribution to global economic stability,” the British Treasury announced Tuesday. A copy of the release was distributed in Washington.
http://www.washingtonpost.com/wp-dyn/articles/A51226-2002Aug6.html site down

Being ‘of Service’ to Whom Exactly??

WASHINGTON – Federal Reserve Chairman Alan Greenspan is about to violate the U.S. Constitution by accepting an honorary knighthood.

Because Greenspan is not a citizen of the United Kingdom it will be an “honorary” knighthood and he will not be able to use the title “sir,” but the knighthood still comes under Article I, Section 9 of the U.S Constitution. “No person holding any office of profit or trust under [the United States], shall, without the consent of the Congress, accept of any present, emolument, office, or title, of any kind whatever, from any King, Prince, or foreign state.”

Greenspan has been warned by the Southeastern Legal Foundation, an Atlanta-based constitutional public interest law firm, that he should “follow the letter and intent of the U.S. Constitution” before agreeing to accept an honorary knighthood from British Queen Elizabeth II.

“Mr. Greenspan, as the U.S. government’s appointed head for fiscal and monetary policy, must seek the consent of Congress before receiving a British title,” said Phil Kent, SLF president. “Our Founding Fathers were unequivocal when it comes to the matter of U.S. government officials receiving honors and titles from foreign powers – you just can’t do it, without the express approval of Congress, which serves as a check against potential conflicts of interest.”

Kent points out that former U.S. Presidents Ronald Reagan and George Bush, as well as former New York City Mayor Rudolph Guiliani, received similar honorary knighthoods – after they left public office. “The rich history of British acknowledgment of American service to world freedom and prosperity should continue, but it must continue according to the U.S. Constitution, to which we owe our allegiance,” said Kent.

There is no word from Greenspan on his plans.

This article was published on TABUBlog.com under the title “U.S. Presidents & Leaders Vowed & Pledged to Roman Catholic Knights of Malta (SMOM)” and re-posted here to educate readers.

George Soros and The Rothschild Connection

Secret History of the Order of the Illuminati

The Secrets of the Banking System

JFK to 911 Everything Is A Rich Man’s Trick (Documentary)

The Rosicrucian Science of Initiation

The Illuminati: Renegades of the Mystery Schools

George Soros and The Rothschild Connection

Dr. Graham Downing: The Battle For Free Will